In vivo toxicology is the study of the effect of the toxicity of certain drugs on a live organism, usually an animal. This is in contrast to in vitro toxicology, which uses non-live methods such as computer modelling and cell lines.

Whilst there is a lot of resistance to in vivo studies in terms of cruelty to animals and the long time they can take, there is a need for them. An alternative option to standard in vivo testing on animals such as rabbits and rodents is the use of zebrafish, which will be discussed below. 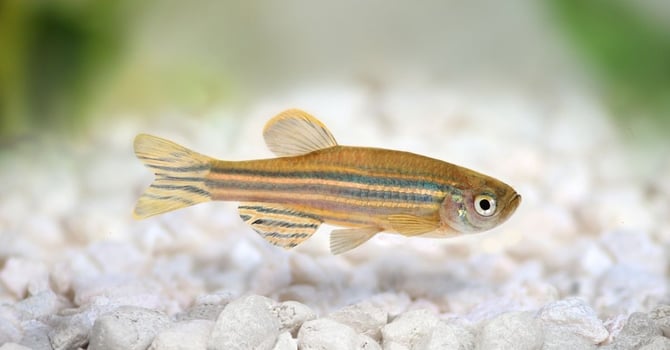 What is in vivo toxicology?

This form of testing studies how certain chemicals and drugs affect the behavior and health of live animals. This information is used for essential drug development that can help prevent and cure certain human diseases such as cancer and Alzheimer’s, neither of which has a cure so far.

Compounds that pass the filter of in vitro testing are used for in vivo testing, in line with the 3Rs Animal Research Policy:

Drugs can be administered in a single dose, to check for acute toxicity for example, or as regular doses to assess the long-term effects of the drug. The results can be monitored for long periods, or even years, as scientists try to discover the effect on some of the debilitating diseases the modern world experiences. The terms for these studies may be:

The route of administration has to be considered with in vivo toxicology as it can have an effect on other cells in the live biological system. This may cause unwanted and unexpected results, influencing the overall study. For example, a drug candidate that is administered may be broken down in the human or animal body in a different way from how it reacts within in vitro testing.

The fact that the biological components and organs of zebrafish are similar to those of humans, gives this animal model a distinct advantage in pharmaceutical testing.

The importance of in vivo toxicology studies

The total drug development and approval time can take up to 10-20 years, depending on the disease and challenge being addressed. The cost can also be extortionate, sometimes reaching up to $2 billion per compound. As a result, very few drugs reach the market each year. These are the main reasons for limited drug approval and consequently a lack of cures for common diseases.

A drug has to be considered safe before it can be tested on humans. In vivo testing is carried out in preclinical studies, the stage before a drug is tested on humans (the clinical trial). This makes animal models a valuable assay in the arena of pharmaceutical research.

However, as mentioned above, in vivo testing involves the use of testing compounds on animals, which sometimes can cause harm or distress. At Biobide we realize that there are suitable alternative animal models such as the Zebrafish that address this issue and offer a cost-effective, time-efficient, and more accepted testing method.

The advantages of zebrafish for in vivo toxicology

The Zebrafish is a common model for in vivo toxicology for several reasons:

In vivo toxicology studies will continue to be an important part of medical research as the effect on a live sample can show different results from an experiment developed with in silico technology or in a dish. The use of zebrafish as an alternative model is a practical and useful solution as opposed to testing on other animals, which can be costly, take longer periods, and be considered unethical.