The 3Rs principle of Reduce, Refine, Replace has been in existence for over 50 years. The policy sets a framework for humane research on animals when it is necessary and to reduce animal experimentation where possible.

The last few years have seen a dramatic increase in the number of methods available to replace animal testing. This is a welcome development in the field of animal research, both for ethical and scientific reasons. 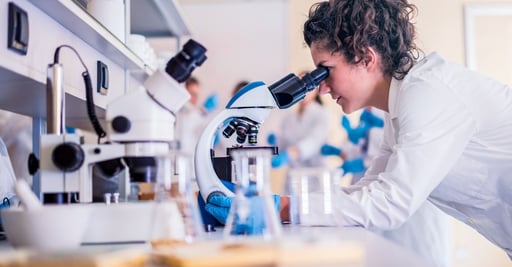 What are the Reduce, Refine, Replace principles?

Animal research is essential for some areas of scientific research, as without it we would not understand the effects and success of many treatments for human disease, and the safety of particular medical products and chemicals.

However, with developments in technology and scientific knowledge, it is possible to reduce the suffering of and decrease the number of animals used in scientific research. Following the 3Rs principle is a widely adopted policy within this field and ensures that if animals have to be used as there is no suitable alternative then their treatment is humane.

The policy is adopted by many countries and is a legal requirement in the EU, where Directive 2010/63/EU on the protection of animals used for scientific purposes states that “The care and use of live animals for scientific purposes is governed by internationally established principles of replacement, reduction and refinement.”

How to follow the 3Rs to avoid animal suffering

The 3Rs encompass not only the way a test is performed and avoiding suffering during the test, but also how animals are cared for while they are being used for research. This includes:

There is also evidence to demonstrate that animals that are treated ethically are more likely to produce reliable and accurate experiment results due to their stress levels being reduced.

The development of new experimental methods for medical and chemical research takes the form of many different approaches that avoid or replace the use of animals:

Another option to reduce the use of certain species is replacement with Zebrafish or daphnia (water crustaceans), which are both transparent, allowing for easy scientific observation.

As innovations in these methods constantly improve and evolve, medical progress can continue without the same need to experiment on animals that existed in the past.

The Responsibility of Refine, Reduce, Replace

Every organisation, scientist and member of staff that works within drug and chemical development has a responsibility to follow the 3Rs policy. The National Centre for the Replacement, Refinement and Reduction of Animals in Research (NC3Rs) in the UK has issued a set of guidelines that lay out the practices to be followed to avoid the use of animals in testing. This document lists the responsibilities of anyone involved in research and experimentation using animals.

Planning and methodology are key to the success of the implementation of the Reduce, Refine and Replace principles. Experiments should be carefully designed taking into account the 3Rs and alternative models should always be considered.

Using alternatives to animals is becoming easier, cheaper and a more practical solution for scientific research and following the 3Rs is the desired way to do this.