The final aim for every medicine is to be as much efficacious as possible while minimizing the potential adverse effects that could arise from the interaction of the drug with our metabolism.

The human body is a very complex scenario where drugs will be eventually tested for the first time in a phase 1 clinical trial. But before entering into this clinical phase, all efforts must be focused on exploring smart predictive methods capable to reduce the number of potential drug candidates, reducing in turn the inherent risk associated to chemicals at the time of treatment.

This is why new drugs need to be assessed for both efficacy and potential human health hazards. The classical approach during drug development measures the reaction to these chemicals in animals. However, there is an ongoing paradigm shift in regulatory toxicity testing that has been promoted by the European Union for years and implements the 3Rs policy consisting on the replacement, reduction, and refinement of animal testing. This shift pursues not only to use less animals in preclinical research, which is an obvious ethical concern but also to offer more robust scientific basis for assessing adverse health effects of chemicals. This is specifically necessary in a context where traditional risk assessment approaches are insufficient to adequately predict the potential risk associated with any given substance. Therefore, new prediction models that point to a more efficient safety assessment will also redound to a reduction in the cost and time for testing. 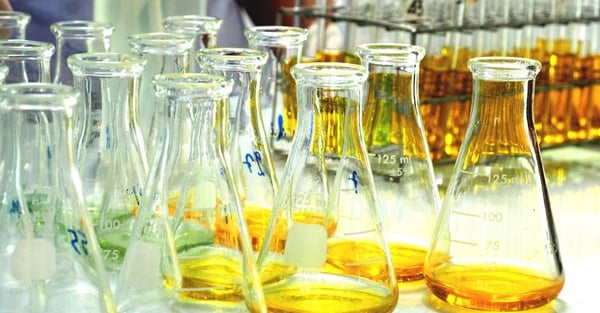 These models may fall under three different levels. The first one would be computational modelling. The increasing use of information technology in the discovery of new molecular entities is helping to improve drug design strategies and encourages the use of modern molecular-modeling tools. These in silico methods are relevant in limiting the use of animal models in pharmacological research and contribute to add a rational in the design of new safer drugs. They offer key information for developing novel chemical entities and drug combinations synergy with a lower toxicity and improved metabolic stability.

Following computational modelling, we can move on to the next level and use cells as an alternative to animal models. In vitro methods are a step closer to whole-animal in vivo testing and can evaluate the responses of cellular signaling pathways that, when perturbed by chemical exposure, may lead to adverse effects. In vitro testing is often carried out using human cells and cellular components or tissues which are necessary for the understanding of biological systems. Moreover, there has been an important shift from the use of two dimensional (2D) cells to 3D cell systems where the higher cell-cell interaction reveals another layer of complexity in cellular communication. These modeling approaches are moving biology from a descriptive to a predictive science. Cell-based assays play a key role in the pharmaceutical industry because they can identify molecular interventions that may predict the path that will lead to therapies at the organism level.

Finally, the last level of alternative animal models pertains to a group of whole organisms that either are plants (algae) or animals with a less ethical concern, including worms (C. elegans), flies (Drosophila) and crustaceans (Daphnia), and are animals that under special circumstances are not considered in vivo testing (Zebrafish larvae).

The small planktonic crustacean Daphnia magna is also extensively used to assess chronic and acute effects over freshwater systems for the environmental risk assessment of chemical substances. This is in accordance with the OECD test 202 to comply with regulatory requirements or support environmentally acceptable product label claims.

More importantly, the Zebrafish is a very advantageous vertebrate model that complies with the 3Rs policy because when the small larvae are under five days post-fertilization, most organs of these fish are fully developed and yet not considered an in vivo assay. Zebrafish have also many other attributes that make this model very attractive in preclinical research including its transparency, their quick and prolific availability, the high genetic homology with human diseases (over 85%) and their cost-efficiency. Due to these characteristics, this alternative animal model is experiencing an increased interest in very important areas of Drug Discovery and development with a special relevance in toxicity and efficacy assays.

In this article, we have seen specific examples, ranging from computational models to vertebrate models, that demonstrate how companies may exploit these systems in a more rational way than using animals alone. All these alternatives to animal models are designed to improve the efficiency of transforming targets into therapies.