When we walk into a pharmacy, we see many drugs which can be prescribed by a doctor, but every single drug on the shelf has passed very stringent criteria filtered through many years of research and heavy costs associated with it.

On average, it is estimated that the development of a single drug from the laboratory to the bedside might cost more than one billion dollars spent along a period that could span 14 years or more.

Apart from having the knowledge, the money, and the time to develop drugs, pharmaceutical and biotechnology companies must face a high-risk bendy road that depends on a myriad of complex factors with go/no go decisions.

In this post, we will focus on the main steps that are necessary to take during drug development timeline and the activities carried out in each process.

A successful drug in the market has necessarily passed through five main stages that include Drug Discovery and development, preclinical research, clinical trials, regulatory approval, and post-market monitoring. 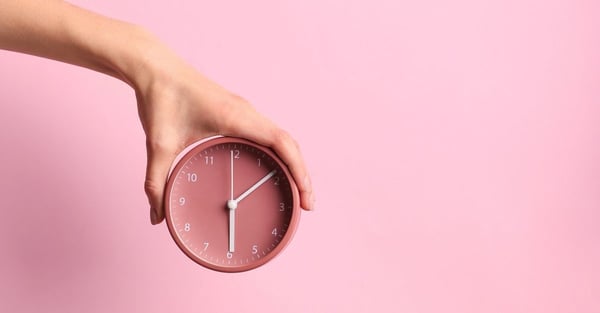 This is the starting point of every drug and takes quite a lot of time and effort. Normally a specific molecular target is needed to run thousands of compounds. The aim during this high throughput screening is to choose candidates to pass to the next phase in the drug development timeline.

Computers are often used during these initial phases to help sort compounds from these large libraries, which is known as an in silico approach. The successful candidates might share a specific structure-activity relationship and could then be run using in vitro experiments with cells contained in microplates with hundreds of wells.

Cells offer a more complex biological system and therefore they are a valuable tool to increase the prediction factor needed at this early stage. Yet, the success rate found during Drug Discovery is the lowest one among all the drug development timeline. It is estimated that out of 10,000 compounds only a few hundreds make it to the next level.

Once a limited number of drugs have been chosen during the laboratory work, it is time to put them to the test in a more holistic manner. Animal models are traditionally used to mimic the response a particular drug could have in humans. More specifically, mammals such as rodents or even monkeys help predict the biological activity of a compound against a targeted disease and also its safety.

Numerous biological systems can replace and reduce the number of animals when checking for the efficacy and toxicity of a drug at this stage. For example, the Organ on a chip (OOC) consists of 3D microchips containing human tissue cells that can mimic human organs in response to drugs. Another important model in preclinical research is the use of zebrafish. These small fish in their earliest stages are not regulated as animal studies according to the European Commission Directive of 2010. While there are many promising advances in alternative research models, zebrafish offer a unique opportunity to make use of a living organism but still following the principles of the 3Rs.

Once a strong candidate has been chosen during the pre-clinical research stage, an Investigational New Drug application (IND) must be filed and upon approval, it is ready to be tested in humans. There are 3 main sequential human trials named Phase I, Phase II, and Phase III. Every single phase is highly regulated and needs extensive paperwork and approval.

An initial Phase I is set up with a few volunteers seeking potential toxicities of the drug. Once the dosage is established and the drug results to be safe at this stage, it moves on to Phase II.

A bigger enrolment of volunteers suffering from the disease takes place during Phase II, where drug effectiveness is sought. Potential side effects are also assessed during this phase.

Finally, the last trial before regulatory approval is called Phase III. This phase involves thousands of patients and what is sought is confirmation of the drug´s efficacy as well as any potential adverse effects. Very few drugs reach this stage but the chances to get approved have now grown considerably to 50%.

All data from previous phases are submitted to the corresponding regulatory body such as the FDA in the US. Normally it takes around 10 months to study the 100,000 pages of one single application. Inspections at the production site are also common before approval. Upon approval, the FDA grants exclusive marketing rights that might last up to 7 years.

Even drugs that have been approved and are therefore been prescribed by physicians may enter into the last phase named Phase IV. The main purpose of this phase is to know how the drug will affect the body long-term. This is especially important for those drugs that received accelerated approval with shorter clinical trials.  The number of patients is also exponentially increased.

As we have seen in this article, it takes a long time, effort, and money to place a drug on the market and there are many risks associated with every single link of the chain.