Types of Animal Testing and How Alternative Models Can Be Used

Animal testing is a sensitive subject due to ethical concerns. However, there are many efforts, including the 3Rs principles, that are aiming to reduce animal testing and make it more humane when it is unavoidable. When we talk about animal testing, it is important to understand that animal testing is necessary for research into the safety and efficacy of many therapeutic drugs used to treat and prevent new and existing human diseases.

The International Council for Harmonisation of Technical Requirements for Pharmaceuticals for Human Use (ICH) is the governing body that issues the guidelines that the regulatory authorities and pharmaceutical companies are required to follow for drug development. The objective of these guidelines is to minimize the unnecessary use of animals in research while reducing costs and making pharmaceutical research more efficient. 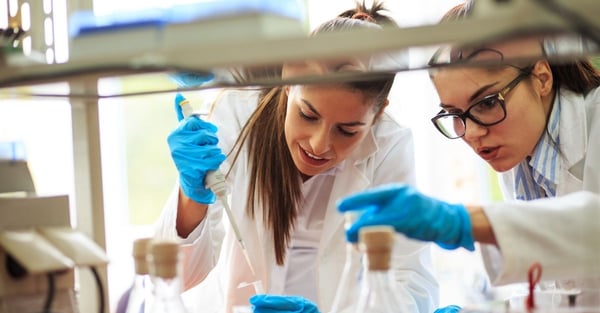 What Are The Main Types of Animal Testing?

There are several purposes for animal testing using animal models:

The most common animal model for testing is currently rodents (rats and mice), however, rabbits, dogs, cats, horses, pigs, and nonhuman primates are also used, but in a small percentage. Any animal model used for research must be approved by the FDA (U.S. Food and Drug Administration). The FDA also advises which model should be used for specific toxicity tests.

The majority of animals used for testing are bred specifically for this purpose and are treated as humanely as possible.

An alternative model that is increasingly popular is the Zebrafish, due to its similarity to the human genome, its cost-effectiveness, its ability to develop quickly (under 5  days), and its adherence to the 3Rs. The Zebrafish model is suitable for many different tests as it has several organs that are the same as those of humans (heart, eyes, brain, liver…) So, for example, the Zebrafish could be used as an alternative animal model for liver, heart, muscle, kidney, or brain disease testing, or for eye health tests. The ICH supports this replacement of rodents with zebrafish.

Zebrafish are also used for testing pharmacogenetics – how people respond to a pharmaceutical drug based on their genes.

As technology becomes more advanced, alternative models for animal testing are being developed. These include in silico, in vitro, and in vivo methods:

Why is Animal Testing Essential?

The law states that any drug intended for human use, that is to be submitted for regulatory approval, must be tested on an animal before it is given to humans in clinical trials. In some countries, this also applies to veterinary medicines. Therefore, even if the preliminary drug has been tested on alternative models, it must still be tested on an animal once there have been successful results using alternative models at the pre-screening stage, potentially reducing the need for final animal testing.

This idea is in line with the worldwide 3Rs policy (Replacement, Refinement, and Reduction) which supports using alternative models for animal testing.

Alternatives to animal testing are constantly being reviewed and developed. Yet many are not sophisticated enough to replace animal testing entirely. However, reducing the number of animals used in testing is essential, which is why using Zebrafish as a replacement for many animal models is a key development in this field.