What Does In Vitro Mean? Explaining In Vitro Testing

Deciding how to discover new drugs involves considering the complex systems of complete biological systems and how they interact with pharmaceutical science, strict regulations, and pragmatic laboratory needs. Different diseases and treatments require a clear understanding of what needs to be researched in order to make the right choice.

Everything from how targets are identified to which animal models should be used needs to be considered as early as possible in order to ensure the most efficient use of R&D resources.

In the competitive market of Drug Discovery and drug development it's always important to understand how testing will be done in order to bring the new drug to market.

Particularly, there are two common tests used in the Drug Discovery process for this reason: in vivo and in vitro testing. In this article, we will explain everything you need to know about in vitro testing, including what it means, how it works, and how it differs from in vivo testing. 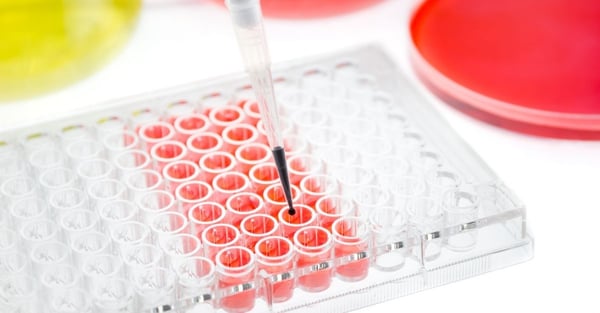 While choosing between the two will largely depend on what type of information is required and which assays need to be performed, the end goal is always to build a better understanding of how the new drug will affect humans.

Experiments and assays on animal models are meant to build a confident understanding of the toxicity, efficacy, and safety of the new drug.

In vitro experiments provide real physical models that scientists need. However, as the definition above implies, "organic matter in a laboratory setting" isn't always a true reflection of the wider ecosystem and biological context.

Using metabolic assays or cell-based assays are common examples of in vitro systems. However the image of “organic matter under glass” is often simply a slice of the full picture, making it harder to determine how a new drug really affects the biological system as a whole.

Choosing which type of model is best is a matter of balancing the needs of pharmaceutical R&D with a thorough understanding of the research’s targets and goals.

In vitro models benefit from a higher level of scalability and inherent ease-of-use. Sourcing and storing pieces of organic matter such as cells, is often easier than building habitats for living animal models. Connected with that are the many ethical issues that come into play when performing experiments on living animal models.

Relying on mammals like mice and rats can result in highly relevant information that correlates to human biology, but the use of these animal models in research is highly regulated and difficult to perform at scale.

This slower pace can be a problem when keeping up with the fast pace of the pharmaceutical industry and we need to make sure Drug Discovery is efficient and scalable from the very beginning. The resources poured into the early stages need to ensure viable results as quickly as possible. In vitro models allow for a mix of working quickly and efficiently while meeting the high standards needed for treatments that could be taken to clinical trials.

Bridging In Vitro and In Vivo with Zebrafish

Zebrafish are something of a bridge between in vivo and in vitro testing models. They are much more cost-effective than other in vivo options like mice, while also being easier to house, maintain, and breed. They are also highly adaptable creatures, making them easy to breed ensuring they'll be ready for testing whenever they are needed.

The transparent embryos are externally developed and fertilized, meaning they are easy to observe in their natural state without the need for invasive procedures. Scientists have even used fluorescent dye to directly observe the parts of the body intended for study. This kind of direct observation is notably suited for phenotype screenings.

Because Zebrafish develop and fertilize externally, they are also easily adapted to in vitro fertilization. Developing externally provides the benefit of never needing to harm the mothers of these animal models like researchers may need to do to study mammal embryos.

To add another item to the list of Zebrafish benefits, the 2010 European Commission Directive declared that “some early life-stage animals are not considered experimental animals until they start feeding independently once they leave the chorion, a membrane around many animal embryos”.

As a result, that means that when researching with Zebrafish embryos that meet those conditions (under one-week post-fertilization) they are not considered experimental animals and fall under the umbrella of alternative animal models. Experiments need to be designed around the needs of Drug Discovery R&D.

In vivo and in vitro testing both have their place in Drug Discovery. Normally, attending to the goals of the research and the needs of the team, in vitro testing and alternative models come first in order to comply with the 3Rs principle of Reducing, Replacing and Refining the use of animals in research.