What is Daphnia: Environmental Model

An organism also known as the water flea, Daphnia is an environmental model species used for the study of ecotoxicity. This freshwater crustacean is especially used in biological studies to determine aquatic toxicity. It is easy to culture, and several can be developed at once, leading to efficiency in the testing arena, and it aligns with the 3Rs research practices. In this article, we'll answer the question of what is Daphnia and what you need to know about this environmental model.

What is Environmental Modeling?

Environmental modeling assists the understanding of ecological systems and the reactions that occur when conditions change, for example, exposure to toxicity. Modeling can predict situations and responses.

The use of mathematical equations to create environmental models helps ensure accuracy and supports the making of biological decisions.

Modeling can be used to trial different dosages and time frames to test various scenarios. It can supply a plethora of valuable information that can be used to steer research decisions and ecological policies.

The use of models to test aquatic toxicity is helpful as it supplies data that is otherwise not available.

Daphnia is a valuable model in the study of environmental toxicity. It is easy to culture and thousands of these tiny crustaceans can be bred in the laboratory at one time. Daphnia multiply fast and provide an endless source of testing material. It ranges in size, between 0.5mm and 1cm and is transparent and lives for approximately 10-30 days.

This transparency makes it ideal for toxicity research, as its internal organs are on view. This includes the heart, which reacts with a change in heartbeat if toxicity levels rise. Daphnia also reacts sensitively and adapts to water toxicity, making it ideal for the study of aquatic ecosystems.

In the natural environment, Daphnia is a food source for fish and other aquatic life.

The Role of Daphnia as Model Organisms

Daphnia is ideal for scientific research and testing as it is small and inexpensive and fast and easy to breed. It has been used for several years and as stated above, it is considered a suitable model for environmental toxicity studies. A common use is for the research of aquatic ecology, to understand how changes in the environment may cause genetic changes.

Aquatic research is invaluable for the protection of human and animal health against environmental chemical pollutants. There are certain regulatory standards for water quality, yet the effect of many pollutants produced by industry is often unknown as using traditional testing methods (usually on animals) is expensive and it takes a long time to deliver results.

This crustacean is extremely sensitive to alterations in the chemistry of water and shows clear reactions to environmental challenges including:

As Daphnia has very similar genes to humans, it is ideal for aquatic testing. Daphnia has approximately 31,000 genes, compared to humans which have about 23,000. This also makes it a suitable source for genome sequencing (the analysis of genomes to identify diseases such as cancer). Daphnia gives an insight into cellular, lifespan, physiological and population changes in genomes, as well as being suitable for toxicity testing.

Because it is transparent, research can also be conducted on the live Daphnia model, rather than having to dissect it. This allows more accurate data to be gathered on the results of toxicity and similar testing.

It also supports the issue of whether it is ethical to cause the death of a species for the purposes of research, or if it is preferable to work on live samples, provided they do not suffer. However, the short life of Daphnia must be considered in this situation. In terms of ethical issues too, it should be noted that most Daphnia is eaten within a couple of days of their life in the natural environment, as part of the cycle of life. Daphnia is supported as a good alternative animal model for research under the 3Rs principles.

To answer the question of what is Daphnia, it is a developing environmental model that is becoming more and more popular in toxicity and other research due to their flexibility and similarity to the human genome. 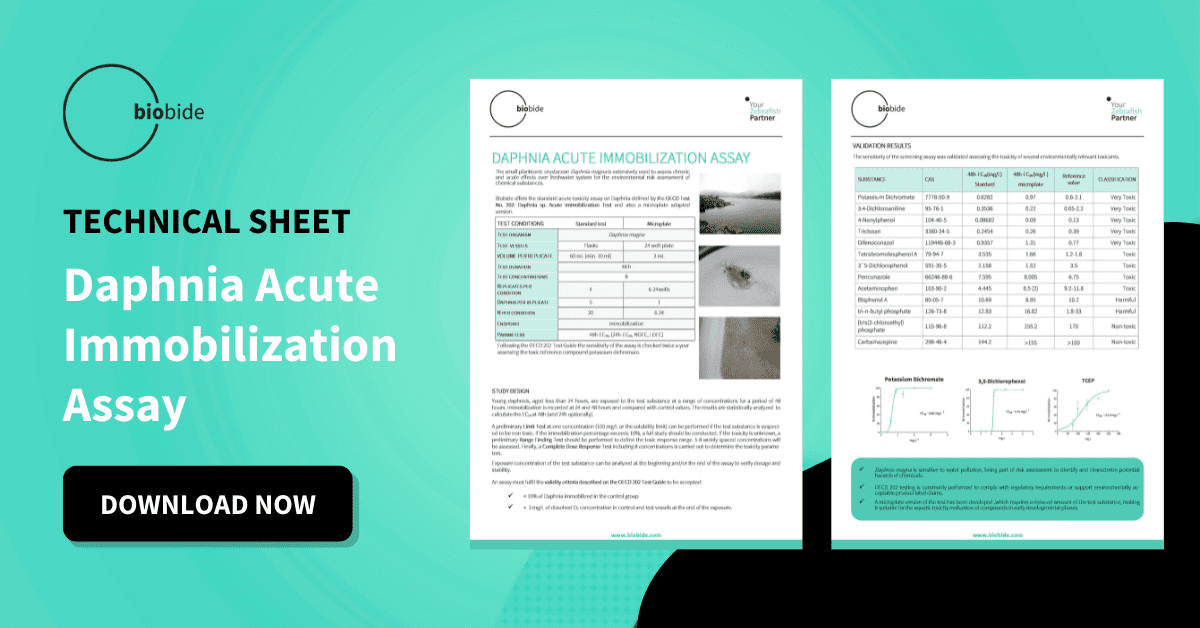