What do Antisense Oligonucleotides do?

What are Antisense oligonucleotides?

Antisense Oligonucleotides (ASO) are short nucleotide chains of 8-50 nucleotides that present the structural base of DNA (deoxyribonucleic acid) which contains an organism’s genetic code. This genetic code is the instruction book for synthesizing the proteins that allow all chemical reactions and built the structures of the organism. Thus, in all cells, DNA is read to produce proteins, but this cannot be done directly as the protein synthesis machinery (ribosomes) is outside the cell nucleus. Therefore, there is another key molecule that transfers genetic information from the nucleic DNA outside the nucleus, the RNA (ribonucleic acid), which is a complementary copy of the nuclear DNA, retaining all the genetic information. Once RNA has been synthesized from the template DNA travel outside the nucleus to be read by protein synthesis machinery to build all the proteins the cell needs.

The process of RNA synthesis, copying DNA molecule information, is known as gene expression and the protein synthesis from RNA genetic information is known as protein translation. In this regard, antisense oligonucleotides (ASO) work by blocking protein translation in different ways. These short nucleotides are complementary to RNA so they bind them blocking the reading by the protein synthesis machinery, the maturation of the molecule inside the nucleus, or by triggering its degradation.

Therefore, ASO are useful tools for biological and medical research blocking the production of specific proteins in physiological or pathological conditions to know their pathophysiological role. Besides, they present huge therapeutic potential as they can silence a gene that is causing a pathologic condition.

This technology represents a promising therapeutic tool for many diseases such as cancer, neurodegenerative diseases, genetic diseases, and viral infections among others.

This biological research technique uses morpholinos that contain antisense oligonucleotides to manipulate pathogenic proteins. Nucleotides sit on a morpholine ring that binds to the RNA and blocks the protein and are introduced into the cells by injection. 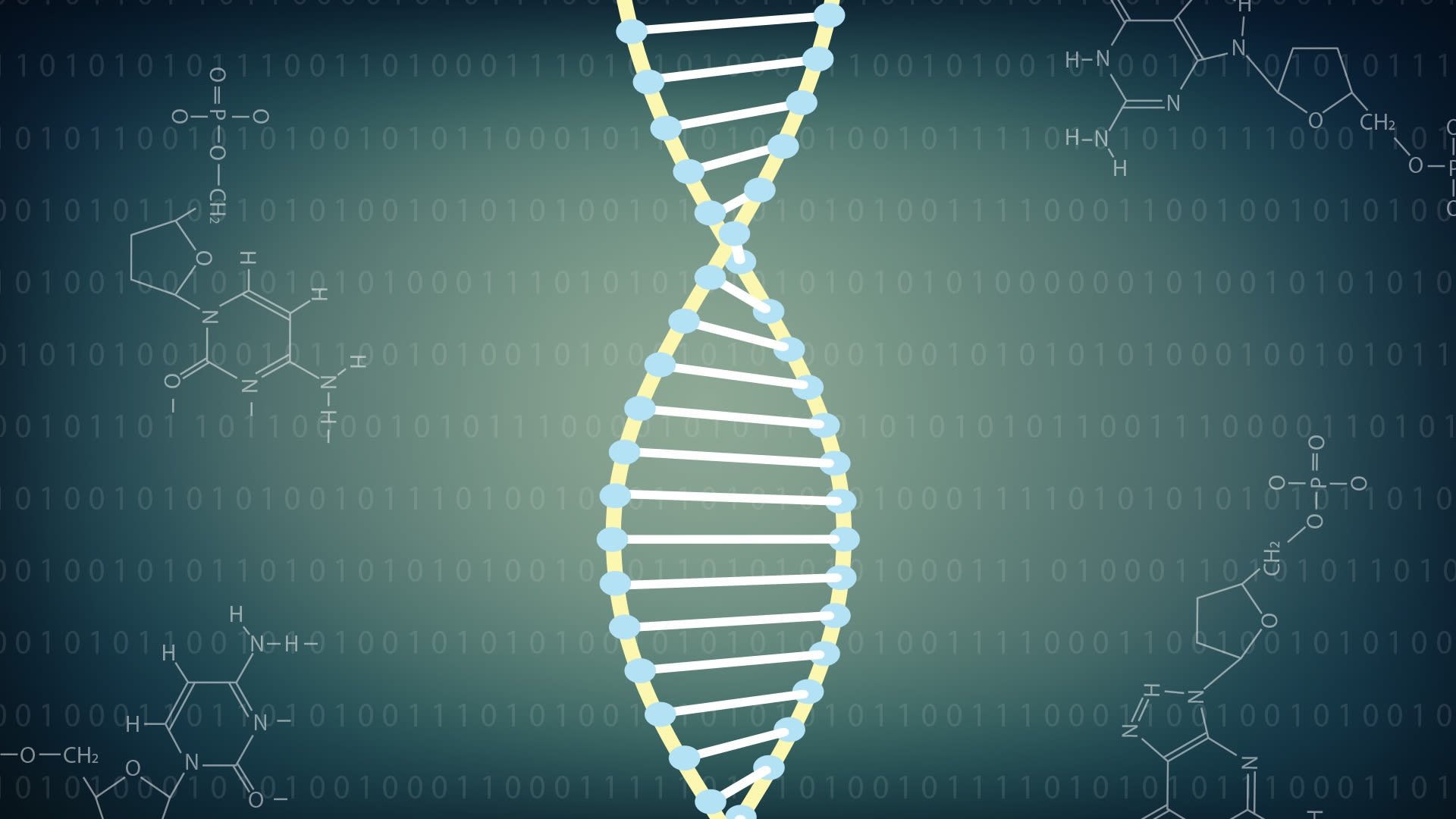 The importance of Antisense oligonucleotides in medical research

Despite years of pharmaceutical research, there is no cure for cancer, many genetic disorders, immunological or metabolic alterations, and other common diseases. Besides, the pharmacologic approach is not curative in many diseases and only treats symptomatology or it is a palliate solution. The molecular cause or triggering of many diseases are alterations in gene expression patterns or mutations that alter normal protein function. Consequently, ASO can offer a truly curative approach as they can block the expression or translation of a single protein or a set of proteins that cause the pathological condition.

Some of the advantages of ASO are:

Nevertheless, there are some important limitations to applying ASO therapy in medical practice, including their pharmacology as they can be easily degraded and may present difficulties for entering target cells, they are not effective for disorders that require gene gain of function or expression, and their effect is transient unless the ASO sequence is included in the genome of the target cell by gene therapy. However, there are many efforts to overcome these problems and nowadays many of them are fixed with different chemical modifications of the nucleotides or coupling them to other molecules.

Therefore, recent ASO presents a high resistance to degradation, improved delivery mechanism, better pharmacology, and increased period of action and they are some strategies that allow an increase of protein levels, not only silencing. Although nowadays, only a few ASO therapies have been approved for clinical use, there are several of them under study in clinical trials with promising results.

The use of ASO have not been only restricted as new therapeutic approaches, also, they have been very useful for biological and basic biomedical research proposes due to their properties that become a fast and easy-to-use gene manipulation method for applying in cell culture or in vivo models. As a result, this technology has been crucial for the discovery of the pathophysiological role of many proteins.

The uses of Antisense oligonucleotides in the zebrafish model

As it is so similar to the human form in terms of genetic makeup and organs, the zebrafish is an ideal model for using antisense oligonucleotides (ASO) to study human disease. Zebrafish can be used to study the effects of gene silencing, for example, how long interference with the RNA lasts and how the gene reacts to the change. They are also a useful model to assess the hereditary effects of particular genes on human disease. This allows scientists to study how and whether a disease progresses when the gene causing it is deactivated.

Furthermore, ASO make an important contribution to Drug Discovery and development. They are a useful tool to study the performance of proteins when knocked down and how this inhibits the development of a disease. One of the key advantages is the reduced toxicity compared to standard drugs and the fact that this method treats the cause of the disease rather than the symptoms. The zebrafish is an ideal model to study this method of gene interference due to its genetic similarity to that of humans.

Among the advantages of using Zebrafish highlights that they are inexpensive to produce due to their rapid breeding cycle and present an in-vivo model on which to perform genetic modeling. This cost-effectiveness allows experiments to be repeated several times to analyze the different outcomes and many testing conditions.

Specifically, an extensively used ASO for gene silencing experiments in zebrafish are morpholinos. This type of ASO present nucleotides sit on a morpholine ring that binds to the RNA that blocks the protein translation and that can be injected in the one-cell stage embryo to silence the target protein in the whole organism.

Biobide support this and other gene editing and silencing techniques for the efficient development of experimental assays to help reduce human diseases and undertake ongoing research into the use of zebrafish in medical science. 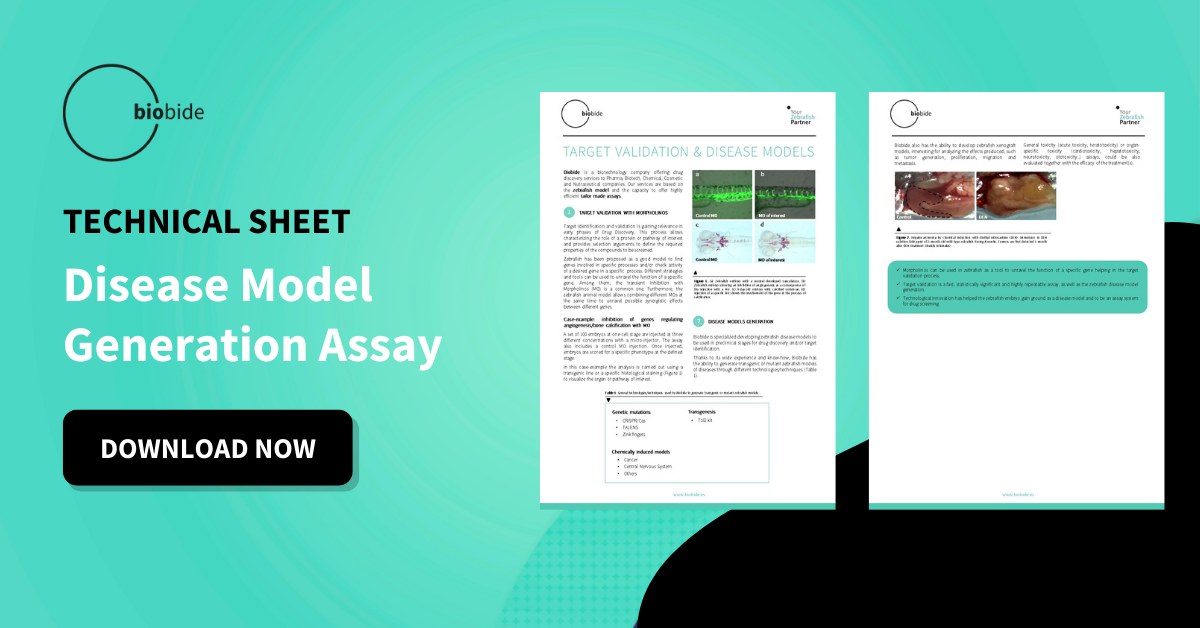