Why Animal Testing Is Necessary and How to Reduce It

Animal testing for the benefit of medical and scientific research has been taking place for hundreds of years. However, testing on animals has always been and will continue to be an ethical issue. The reality is that animal testing is essential for progress in the fields of pharmaceutical and chemical testing in order to develop drugs and chemicals that are safe for humans and the environment.

Without animal testing research would decelerate immensely and this would hamper the prevention and treatment of many human diseases.

Nevertheless, as knowledge expands, and technology improves several alternatives to traditional animal testing are making rapid advances in research fields and are becoming successful replacements for certain animal models. These include in vivo models such as the zebrafish and in vitro models such as organoids (the replica of mini-human organs). In this article, we’ll explain why animal testing is necessary, how to reduce it, and why ethical animal testing that follows the 3Rs is important. 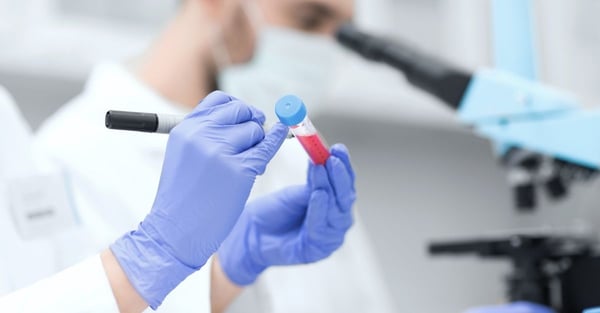 The Reasons For Animal Testing

Scientific research is carried out on animals to learn more about human and animal diseases and to develop new medical treatments. Animals are biologically similar to humans and therefore make an appropriate model.

Animals also have shorter life cycles on average than humans, leading to quicker delivery of results.

Many studies on human diseases have benefitted from animal testing, including pathologies such as cancer, brain injuries, cystic fibrosis, heart disease, kidney disease, multiple sclerosis, polio, meningitis, diabetes and tuberculosis. Without the results of these studies, many people would have died or have a lesser quality of life.

According to government regulations, drugs and vaccines cannot be administered to humans without first being tested on animals.

An example of the success of animal testing on a fatal disease is the eradication of smallpox. Animal models were used in the development of a vaccine for smallpox, which thanks to worldwide vaccination, abolished this disease.

More recently, the attempt to combat the COVID-19 global pandemic has relied on animal testing, although at a much faster pace than normal, to support the introduction of a vaccine.

In addition, medications that have been tested on animals have been used to treat other animals. This includes vaccines for rabies, feline leukemia, distemper, canine parvovirus, tetanus, infectious hepatitis virus, and anthrax. Other illnesses in animals such as heart disease, hip dysplasia and glaucoma have also been treated with drugs previously tested on animals.

How Can Animal Testing Be Reduced?

To address concerns about testing on animals a policy known as the 3Rs was introduced over 50 years ago. These regulations set a series of standards that scientific research should follow and adhere to when undergoing animal testing. These standards take into account the ethical, legal and scientific approaches of testing on animals.

The 3Rs framework refers to:

Models such as zebrafish have become a suitable alternative model to mammals over the past few years. They are cost-effective and reproduce rapidly and in large numbers, which makes them a common choice for new research. Also, many diseases can be rapidly studied on zebrafish embryos, rather than waiting for them to mature into adults. A directive in Europe considers up to 5 days post-fertilization embryos as a non-animal model and therefore this is a very ethical alternative model.

Another option is the use of organoids. These are mini human organ replicas that are developed from stem cells which differentiate into desired cell types and try to recapitulate the functional characteristics of organs

Likewise, there are organs-on-a-chip, a complex combination of living cells that represent human tissues for research.

The reduction in dependence on animal testing can only slow to a certain point because for the moment certain treatments cannot be studied on alternative models. However, as technology and techniques constantly advance, the need for animal models in research is likely to decline.