How to Identify Chronic Toxicity with Alternative Models 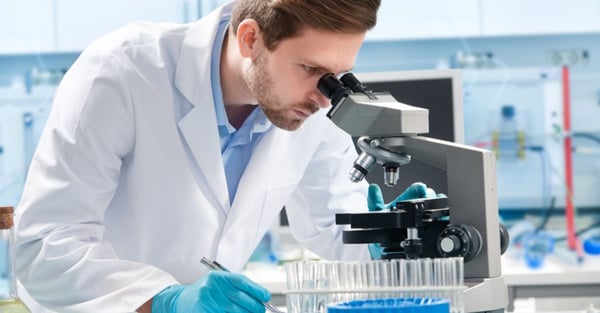 How to Identify Chronic Toxicity and Why This is Important

There are a series of tests used for the identification of chronic toxicity in living organisms, including water, soil, fish, animals, and mammals. They are primarily used to identify the impact on the life of toxicants such as:

High toxicity levels in the ecosystem infrastructure can cause:

Historically, testing for chronic toxicity has been carried out on animals and fish and it was common for the initial tests to be performed in vitro but then for substances to be tested in vivo. However, with advances in test assay development, many alternatives now exist.

These alternative tests are more cost-effective and quicker than testing on animals, allowing scientists to identify the toxicity levels of a substance more efficiently than in the past. They also require less manpower, husbandry, space, and equipment, making alternative model testing a preferred choice for many laboratories.

In particular, live fish have traditionally been used to test for chemical and hazard toxicity and classification. Whilst the overall objective is to protect the long-term survival of the ecosystem and diminish the effects of toxins on human health, the use of adult fish while being approved by the OECD (Organisation for Economic Cooperation and Development) is still considered a non-ethical testing method.

Whilst it is acknowledged that animal research is essential for some tests, there is a worldwide consensus that testing should be eliminated where possible. The 3Rs principle, which is a legal EU requirement, supports this. This is a policy created over 50 years ago that encourages the protection of animals used in scientific testing. The policy is determined as:

This leads to the use of alternative models, particularly in the ‘Replace’ category.

Known as in vitro testing, as opposed to in vivo (live), the main alternative models for chronic toxicity testing include the use of:

Each of these is used to assess the potential impact and possible lethal effect of chronic toxins on the environment and human health.

What Are The Benefits of Zebrafish for Chronic Toxicity Testing?

Zebrafish are an ideal alternative assay in chronic toxicity testing as they have many advantages over mammal testing. In recent years the zebrafish have become the selected testing method for many chemical and pharmaceutical companies.

The benefits of using zebrafish in chronic toxicity testing include:

Scientists and companies are under pressure to develop rapid solutions to the effect contaminants have on our world. Traditional methods are expensive and time-consuming. Therefore, any assay that can accurately analyze and predict the effects of toxins on human life and the ecosystem faster and more effectively than traditional methods is favored in laboratories.

As regulations become more stringent and chronic toxicity becomes more high profile, the use of alternative models to identify its harmful effects is developing fast. The quality of our water, soil and environment is paramount in ensuring a safe future for generations to come.