Toxicity testing is a vital step in the Drug Discovery process. Every potential treatment needs to be able to generate data concerning any adverse effects before clinical trials can begin.

The most widely known toxicity tests involve research into potential side effects, but the full scope includes everything from environmental impacts to how specific molecules interact with cells. 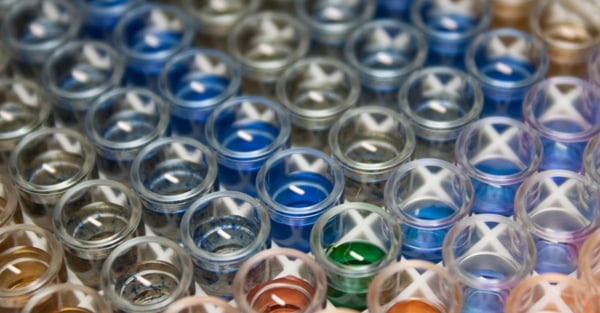 What is Toxicity Testing?

The methods and procedures involved in testing the negative effects of new medical treatments fall under the umbrella term of toxicity testing. In the most general sense, this includes any research looking to accurately document the interactions between a new drug and living organisms or the environment.

For the pharmaceutical industry this almost always involves the use of animal models. Seeing how new drugs manifest themselves in the biological system is only achieved with reliable data from real living organisms.

With the end goal being a treatment for patients, it’s important to generate data that is applicable to humans.

Besides the ethical considerations of dealing with potentially harmful effects on humans, the data acquired from toxicity testing is needed to pass the many layers of government regulation before bringing a new drug to market.

There are many international laws and best practices surrounding drug development and the use of animal models. The strict framework for what is and what is not acceptable regarding toxicity testing provides enough room for relevant research while ensuring the proper use of any animal models.

These standards help align laboratories around the world and result in a shared understanding of how all information should be documented. These standard practices lead to faster development cycles with scientists easily comparing and verifying data.

Examples of Toxicity Testing at Biobide

As a Contract Research Organization (CRO) that specializes in Zebrafish, Biobide has a proven track record of toxicity testing that generates reliable, relevant, and verifiable data.

To get a better idea of how many tests and assays are well adapted to Zebrafish, take a look at the list below.

A quick and convenient test based on the OECD 236 Guideline (Fish Embryo Acute Toxicity Test). After adding small concentrations of the experimental substance, transparent embryos are studied and observed for 96 hours, measuring toxicity with the FET Guideline. After the assay is finished, images and concentration-effect curves provide valuable data on the potential treatment’s toxicity.

Fully understanding potential birth defects and reproductive health concerns is an important part of Drug Discovery. Beyond the ethical concerns, these tests and assays also fall under laws and guidelines like the ICH S5(R2), explicitly stating how scientists and researchers need to generate verifiable data on reproductive toxicity before a new drug can be brought to market.

The anatomic differences between Zebrafish and mammals like humans does not pose any issues for preclinical studies, even for research into specific cardio functions. As an example, Zebrafish only have a two chambered heart compared to the four chambered heart found in mammals. However, the genetics and body systems function in very similar ways, making any studies on Zebrafish highly applicable to humans.

Running into issues with hepatotoxicity is one of the most common reasons for otherwise highly potent cures to be forced to withdraw from the Drug Discovery process. Understanding how bodies affect a new drug involves studying how the substance is cleared, especially by the liver. Zebrafish and how their livers function are well documented, making their transparent bodies quickly identify any signs of hepatotoxicity very early in the Drug Discovery process.

Experimental evidence supports the use of Zebrafish as a predictive model for research into human neuroactivity. Behavioral profiling has found the relationship between specific chemical compounds and how they affect Zebrafish, being a shared aspect of vertebrate neuropharmacology. As an example, looking into Zebrafish responses to changes in darkness and lightness has provided valuable and relevant data for human neuroactivity.

Despite large differences in anatomy and natural habitats, all vertebrates rely on hair cells to detect vestibular and auditory information. That shared evolutionary history allows for safe and reliable pharmacology studies on ototoxicity with Zebrafish. The small vertebrate fish have a sensory organ on the outside of their body that includes hair cells like those found in the inner ears of mammals. These neuromast hair cells also go through a cell death similar to mammalian inner ear hair cells and are known to react to ototoxic chemicals and drugs, highlighting how ototoxicity screening data gathered from Zebrafish can be applied to humans.

With more rigorous standards being put in place and multiple stages of screening being added to the Drug Discovery process, otherwise promising compounds are struggling to successfully pass toxicity testing. This increase in pressure has generated more interest in improving tests and assays at the earliest stages of research and Zebrafish are an affordable option for scientists looking to scale their processes with an established preclinical in vivo model.

What Models Can Be Used in Toxicity Testing

The use of animals in toxicity testing has a long and sometimes controversial history. The iconic image of lab rats running through mazes may be popular in fiction, but the real world has strict guidelines regarding the use of animal models, especially mammals.

Many governments and non-government organizations have created a high standard for not only determining what can be called a safe product or medicine, but also for what is considered proper and ethical treatment of animal models.

The drive to further pursue the 3Rs and reduce the need for living organisms in toxicity testing has led to the development of very advanced in vitro and in silico options. These non-animal models have shown to be very useful in approximating relevant data and there is a lot of promise for their future development in Drug Discovery.

However, the lack of a larger context and interaction with the full biological system in the real world creates holes in the data that relies on these models. Alternative animal models like Zebrafish offer another solution for generating relevant and reliable data for the many tests and assays commonly used in Drug Discovery while respecting the 3Rs and the proper treatment of animal models.