The Probability of Technical Success in Drug Development

New Drug Discovery is essential to treat current diseases and fight new ones that occur in the human population.

As technology becomes more sophisticated, drug development is evolving, with growth in state-of-the-art methods to monitor and identify processes that contribute to the success rate of new medicines.

Other, more efficient drug testing processes are also advancing, such as replacing animal testing with other kinds of tests (for example Zebrafish research). 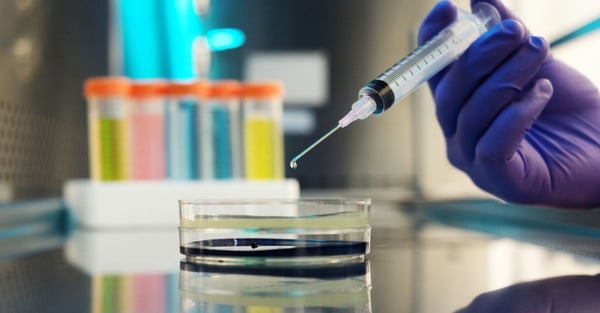 What Are The Stages of Drug Development?

Before a drug can be registered and launched for sale on the pharmaceutical market it goes through 4 main stages of trials. It takes on average at least 10 years for a drug to move from Stage I to final FDA approval when it must be proved to be safe and effective.

Stage I – Discovery and development

This stage commences with thousands of different compounds that are tested for safety, efficacity, dosage, interaction, side effects, and many other factors. Various compounds are gradually eliminated to leave those to be studied in the next phase.

Preclinical studies must be carried out before a drug can be tested on humans. At this stage either in vivo or in vitro testing is often used on animals or clinical laboratory models specifically developed for this purpose. Toxicity levels and dosing form a significant part of this stage.

This is when the preclinical stage has determined that a drug is safe to be tested on humans. The FDA (Food and Drug Administration) sets standards that the testing must adhere to for safety reasons. Groups of people are selected, according to specific criteria (length of the trial, dosage, how the drug will be administered, when reviews will be carried out). These groups embark in successive Clinical Phases (I, II and III). At the end of the trial, the data is analyzed to determine whether it is appropriate to move to the next stage.

Once a drug is considered safe for humans and has passed the clinical research stage it must be submitted to the FDA for review and approval. The FDA may request further studies, or approve the drug, which can take up to a year. The drug developer also must submit certain details, including labeling information, patient information, and directions for use.

Once a new drug is registered by the FDA it can be marketed.

The Success Rates of Drug Development

During the drug development process, a drug may either be passed at a particular phase, and move to the next, or be abandoned due to various factors such as toxicity, poor efficacy or prohibition of cost. This stage is known as the probability of success.

The following figures on the probability of success, progression to the next stage and timings in Drug Discovery have been taken from the U.S. Food & Drug Administration.

Stage II (pre-clinical) research is a lower figure because at this stage many compounds and factors are tested and considered not to be viable. This is an experimental phase, and it may be decided not to continue to the clinical research phase due to costs or other negative outcomes.

A drug may not continue with development for several reasons. This is known as a clinical failure and does not necessarily mean the drug has ‘failed’, but that it is not suitable for the intended use. Drug Discovery failure can occur due to:

Another reason for clinical failure is that there may not be enough prior knowledge or data available to study a rare disease. Drugs for these kinds of diseases are more difficult to develop due to a lack of previous studies. An orphan drug status can be given by regulatory agencies to these particular drugs to encourage research in these areas by granting a fast track submission.

In contrast, studies in particular fields, for example, oncology, are more viable than a disease that affects a small percentage of the population.

The success of Drug Discovery depends on several factors including good planning, how beneficial the outcome will be in treating and preventing disease, the amount of money invested and the area of research to be studied.