Modern medical science has rapidly developed over the last few decades. Laboratories now make use of genetic engineering every day, relying on incredible tools like TALENs and CRISPR that allow for the precise editing of DNA. The tools and techniques used to silence genes or otherwise edit the genetic code have opened up new methods for exploring potential treatments and cures for many diseases.

Scientists can now reliably monitor and observe how small changes in DNA result in significant changes in gene expression.

From working with a hypothetical molecule or collection of chemicals to creating hybrid organisms with animal models, genetic engineering plays an important role in modern medical research and Drug Discovery. 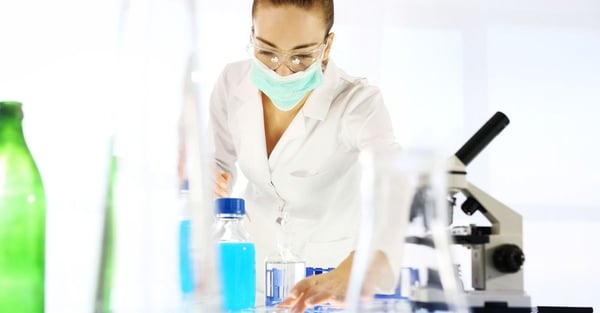 The expression of genes changes as a result of very precise cuts that alter the DNA.

TALENs were originally discovered from research on Xanthomonas, a bacterium associated with common crop plants. The bacterium was causing problems for commercial farming, feeding into market pressures and driving an increased interest in finding a solution.

While looking into helping save more crops, a team of researchers discovered the bacterium could alter DNA. After the initial breakthrough, more studies on Xanthomanas led to the development of modern TALENs that scientists use for genetic engineering today.

TALENs have since been used to modify plant genomes to increase the output of crops and add to the nutritional quality of primary foods. Artificial enzymes have also found a use in other industries, leading to the development of new biofuels and other genetically modified commodities.

As with other forms of genetic engineering, the potential of TALENs spread to the pharmaceutical industry, quickly sparking interest in how they could be used in Drug Discovery. For a few examples, since their initial discovery, TALENs have allowed for new experimental in vitro research into genetic defects like sickle cell disease, epidermolysis bullosa, and other disorders.

TALENs have also found some success in the development of new drugs for cancer treatments. Through the precise targeting of specific genes and DNA, researchers can generate T cells that are resistant to chemotherapeutic drugs and show antitumor activity.

Much of the advanced medical research with TALENs requires the use of reliable animal models before clinical trials can begin and the new drug can be brought to market. Homologous knockout organisms allow for accurate observations in the early stages of Drug Discovery and help smooth out the entire Drug Discovery process.

How are TALENs Used with Zebrafish?

Zebrafish are a commonly used model organism that is well adapted to the use of TALENs. The small vertebrate fish with their transparent bodies and fast development cycles are a great choice for studying organs and human diseases.

TALENs are reliably used with Zebrafish, making them an ideal model organism for reverse genetics.

TALENs offer a middle ground solution for cutting-edge gene editing in clinical research. The artificial enzymes provide a balance between difficulty and cost, resulting in researchers having more options for genetically modified samples and models.

The main difference between TALENs and CRISPR is in how CRISPR targets DNA itself instead of relying on a protein as is the case with TALENs. The more direct approach of CRISPR makes it a faster and less costly option but can come with the drawback of less specific targeting and less accuracy.

Zebrafish are an affordable alternative animal model option for both TALENs and CRISPR.

The choice will ultimately come down to what needs to be studied and how individual teams want to proceed with their research. Regardless of whether TALENs or CRISPR are used, Zebrafish can provide reliable and relevant data for future human patients.

The Many Varieties of Genetic Engineering

The many methods of genetic engineering play an important part in how Drug Discovery moves forward. Scanning the countless combinations of molecules and chemical compounds for potential new treatments and cures is greatly helped by the use of TALENs and CRISPR.

Directly modifying gene expression quickly determines whether a specific DNA target will lead to an effective treatment or cure.

Altering key sections of an organism’s DNA makes it possible to accurately and reliably observe how new diseases and treatments will affect the entire biological system. With an animal model like Zebrafish, those observations are easy to make and easily verifiable.