Thanks to the Human Genome Project completed in 2003, now we have a detailed catalog of human genome variation associated with many diseases. Despite this, the function of many genes remains poorly characterized and this fact still limits our ability to apply these insights to human disease.

Among all the possible approaches used in Drug Discovery, functional genomics plays a critical role in validating new drugs since this field focuses on the gene functions and interactions of a particular organism. In the early days of functional genomics, organisms such as bacteria, yeast, fruit flies, and worms were used. Later on, in the mid-70s, DNA was injected for the first time into one single cell of a mouse embryo and this technique has been since very useful in creating model organisms for research purposes at a genomic level.

Transgenesis may refer either to the addition of foreign DNA into a host organism’s genome or the inhibition of endogenous gene expression. Transgenic animals tend to direct gene expression to a specific tissue. As soon as the injected DNA gets integrated into the genome, it can manifest its function, however, as the insertion occurs randomly, the function of endogenous genes might be affected and the expression of the transgene itself may also be compromised. Nonetheless, another technique in functional genomics called gene targeting may avoid this problem altogether. The process of gene targeting consists of altering a specific DNA sequence at its location in a genome. These alterations may refer to the insertion, deletion, or replacement of endogenous DNA sequences with alternative ones. Targeting can be achieved by homologous recombination in some organisms such as mice, or with site-directed genome editing nucleases. A crucial advantage of gene targeting approaches over transgenic techniques is that homologous recombination in embryonic stem cells clearly defines the site of integration and allows for precisely designing the genetic change to be introduced. 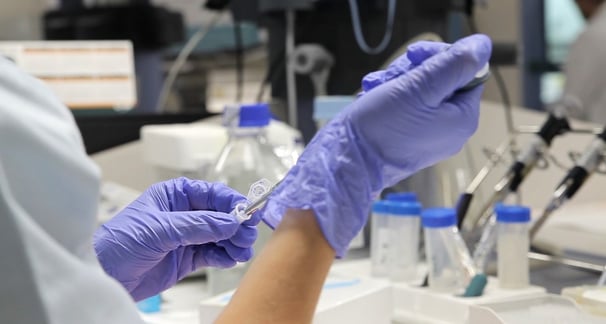 The advent of new gene-editing technologies such as CRISPR (clustered regularly interspaced short palindromic repeats) has allowed for scalable approaches that expose mechanisms of gene function and enable the exploration of how genes work synergistically to modulate complex phenotypes. The CRISPR-Cas9 system, for example, consists of a small RNA molecule that directs a Cas9 enzyme to a specific DNA sequence that acts just like a pair of molecular scissors cutting the DNA. Currently, this revolutionary technology is the preferred methodology for genetic engineering because it is much faster and practical than other conventional methods.

Traditional transgenic models including the mouse model, have played a critical role in studies of tumor pathogenesis and carcinogenesis, as well as evaluating the development of resistance to cancer therapy at a genetic level. CRISPR/Cas9-based transgenic models have revolutionized the field of mouse cancer models having a rapid and profound impact on the development of highly effective systems to study human cancers since these models have the capacity to engineer a wide spectrum of these mutations. Furthermore, gene editing has also provided solutions to other current diseases that remain elusive including a large number of rare diseases.

Traditionally, mice have been by far the leading experimental animal model used in biomedical research but since the early 1980s, another animal model has also played an important role in genetic studies. Zebrafish is a cost-effective vertebrate model that has several advantages compared to the mouse model. This is particularly true for establishing efficacy assays for large-scale genetic mutations and therapeutic compound screenings. This is possible thanks to the high throughput of this animal model, its fast developmental time, its high productivity (between 100 and 300 eggs per female fish), and its high genetic homology with human diseases (over 85%). Other advantages of zebrafish include the transparency of their larvae which allows for the observation of their internal organs and application of fluorescence for image analyses or the elimination of ethical concerns due to the fact that these assays are considered in vitro assays when larvae are under five days post-fertilization, in line with a European Commission Directive of 2010.

At Biobide we have the know-how to generate transgenic and mutant zebrafish models of diseases through different techniques such as genetic mutations, transgenic induce gene alterations or drug-induced metabolic alterations that can be used in preclinical phases of drug discovery. Target identification and validation allow characterizing the role of a protein or pathway of interest and provide a selection mean to define the required properties of the compounds to be screened.

As we have seen in this article, gene-editing technologies and transgenic animal models are at the forefront of biomedical research. Many of these studies are carried out in transgenic mice that resemble a particular gene trait but the Zebrafish animal model is becoming an ideal disease generation platform highly suitable for drug screening campaigns.