The FET Test: Uses and Models

The FET (fish embryo toxicity) Test has been designed as an alternative to the acute toxicity test. The acute toxicity test exposes live fish to singular or multiple doses of a particular chemical or substance that is believed to cause a certain degree of suffering. The FET Test eliminates this potential suffering, in line with animal testing legislative guidelines.

An alternative to acute toxicity testing is a welcome advancement in the scientific field as it takes into account the welfare of the animal. In this article, we'll explain what the FET Test is, how it is used, and alternative models, like Zebrafish. 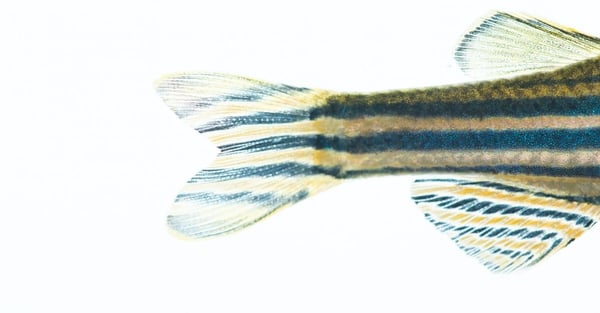 What is the FET Test?

Chemicals can have a varied and serious effect on our health. Depending on how a chemical is intended to be used, for example in agriculture, environmental, or household products, it has to be tested and approved. Different chemicals can have different effects on the body, for example, some may affect the kidneys, while others may cause cancer.

All chemicals must meet certain standards in terms of minimizing toxicity and their effect on human and environmental life. They must therefore be tested before approval for use to determine their levels of toxicity.

The FET Test is an alternative to testing for toxicity on live fish and is performed using mainly Zebrafish (Danio Rerio) embryos (minnows and Japanese medaka have also been used).  It is categorized as Test No. 236 by the OECD, the Organisation for Economic Cooperation and Development.

The European Directive 2010/63/EU on the protection of animals used for scientific purposes defines the limitations of the use of animals in testing and supports the 3Rs policy. The 3Rs encompass:

The fish embryo toxicity test offers a suitable substitute to acute testing and complies with the ‘replacement’ guideline of the 3Rs.

How is the FET Test used?

Zebrafish stock are specifically bred to produce embryos for testing. The test results are based on the damage and mortality of the Zebrafish after it has been exposed to particular substances.

The Zebrafish embryos develop outside the mother’s body and are exposed to the chemical being tested for toxicity for 48-96 hours. Increased levels of the chemical are gradually added to the test vessel up to 5 times and the results are recorded every 24 hours. The toxicity indicators used are:

The test must be stopped before the embryos reach the feeding stage, which is when the test is considered to be in vivo.

The test results establish the level of concentration of the chemical that is lethal to 50% of Zebrafish embryos to predict acute fish toxicity. This is known as the LD50 test (Lethal Dose 50 test) and is approved by the Animal Research Act 1985. It is the amount of a substance that is administered in one go to cause the death of 50% of a group of animals being tested.

Why is Zebrafish used for the FET Test?

Fish have traditionally been used in toxicity testing for chemicals and effluents, however, the Zebrafish has become a successful alternative. The embryo is not considered to be an in vivo sample until it requires feeding, which is acknowledged by European law.

The use of Zebrafish in the fish embryo toxicity test has several benefits including:

As researchers search for alternative models for toxicity testing in line with regulations and the ethical need to reduce animal testing, the Zebrafish is proving to be an ideal replacement for the acute test.