In Vivo vs In Vitro: Differences in Early Drug Discovery

During novel Drug Discovery and Development processes researchers typically begin with in vitro testing and then move to in vivo models. But what exactly are these techniques and how are they performed? In this post we’ll break down these concepts as well as the in vivo vs. in vitro question, exploring pros and cons of both. We will also investigate the zebrafish and how it fits into this process. 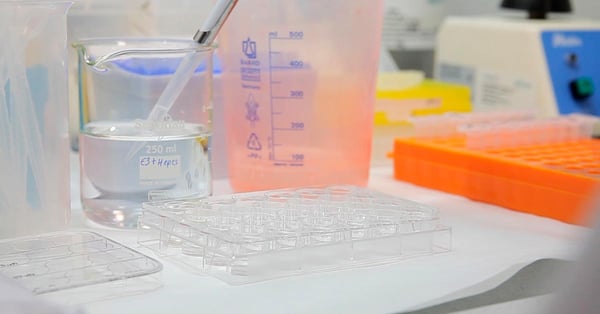 Drug Discovery and its regulatory approval is typically a lengthy and costly process taking up to a decade or more and costing upwards of $1 billion. Beginning in the academic arena to identify a target and test a hypothesis, which may take years, the process then moves to preclinical trials to identify specific molecules (Lead Candidates) that possess characteristics suitable for developing effective drugs.

Studying drug toxicity and efficacy is necessary in order to choose the best candidates for further progress in subsequent phases of research from in vitro to in vivo in animals (Pre-clinical trials) and, later, in humans (Clinical trials).

Therefore, in vivo vs in vitro assays are both used in this critical preclinical stage of Early Drug Discovery to validate targets and development of candidates. 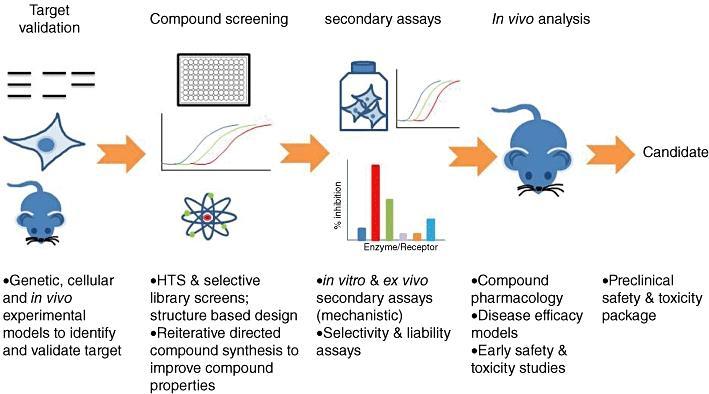 What is In Vivo vs In Vitro

In vitro (Latin for “in glass”) refers to studies done externally of a living organism. This can include work done on bacteria or mammal cells in a petri dish, for instance. They are often used in pre-clinical pharmaceutical and fertility drug testing.

In in vitro pre-clinical tests, scientists expose target cells to a novel drug and then observe the effects. These techniques are especially useful for identifying any toxic or carcinogenic reactions.

Tissue chips are another exciting and emerging in vitro technology that uses engineered microsystems to represent human organ tissues.

In vivo (“within the living”) involves research conducted within the body of a living model. Around 30% of drugs which have passed in vitro pre-clinical studies fail clinical trials. Performing in vivo assays is an essential step in the Drug Discovery process as it reveals drug effects on whole, complex organisms.

Traditionally, within the pre-clinical stage, less evolved animals such as rodents are used in the first line of research, followed by rabbits, dogs, pigs and primates.

In Vivo vs In Vitro

Both in vivo and in vitro methods have their place in the world of research and are often used to complement each other. Depending on the application, however, there are advantages and disadvantages.

In vitro research holds the advantages of being less expensive and therefore more suitable for high throughput, large scale pharmaceutical testing. From an ethical standpoint in vitro is also favored and does not require approval from IACUCs. A significant drawback is that in vitro fails to address the complexity of organ systems. Biochemical processes like metabolization are not accounted for and therefore they are not as ‘translatable’ to humans.

In vivo models have the distinct advantage of testing toxicity, efficacy and safety of a drug based on a whole, complex, living organism. Gene editing in animals has made these processes even more successful. In vivo studies are, however, more costly (in terms of time and resources) and raise ethical concerns from many entities.

Are Zebrafish In Vitro or In Vivo?

Zebrafish have a unique set of advantages in Drug Discovery and Development. They are often seen as a bridge between in vitro and in vivo models. From a resource standpoint zebrafish are much more cost-effective in terms of housing, maintaining and breeding when compared to mice. They are also extremely adaptable to varying conditions. Zebrafish embryos are transparent, and are fertilized and developed externally, allowing scientists to manipulate and observe drugs´ effects directly using image analysis techniques which are very suitable for phenotypic screenings.

The 2010 European Commission Directive states that experiments with some early life-stage animals, such as zebrafish, are not considered experimental animals until they exit the chorion and start feeding independently. This means research using zebrafish embryos under five to six days post-fertilization (dpf) are not considered experimental animals, but are alternative animal models. Therefore, zebrafish  are under the 3Rs Principle: Replacement, Reduction and Refinement of animals, which aim to increase animal welfare in research without reducing scientific advances.

In conclusion, in vivo vs in vitro studies have their place in early Drug Discovery processes. Zebrafish as a model offer distinct advantages and provide an affordable, effective, and more ethical option when animal testing is necessary, combining advantages from both in vitro and in vivo.