Gene Alteration: How it Works and Benefits

Science has allowed for countless advancements over the years due to human progression in knowledge and especially technology. One such field of study that continues to move forward includes genetics. When it comes to advances in the comprehension of gene alterations the gains have been breathtaking. Today we are able to readily explain the function of gene alterations and the numerous advantages it is able to provide to society as well as humanity as a whole. 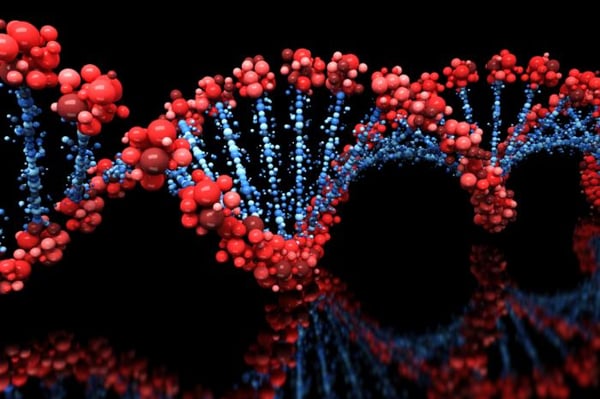 So how exactly does gene alteration work? We must first strive to understand DNA and how it functions in order to comprehend gene alterations. DNA is a sort of self-replicating code that is present in living organisms. Furthermore, DNA is simply a carrier of genetic information. All human beings have a unique DNA configuration. An individual most commonly inherits their genetic information from their mother and father, however there can also be other factors that can contribute to a person’s genetic makeup.

There are two ways in which a person acquires their unique DNA code.

The first as well as the most common way is to inherit it from your birth parents. In this particular situation your genetic makeup has been passed down, and can be located in every part of your body.

These variants most commonly referred to as ‘germline variant’ stem from the egg and sperm cell that facilitated your birth. When the sperm and egg come together in the creation process the resulting fertilized egg contains DNA from both parties, and will be the foundation of the genetic makeup that will dwell in your DNA.

What is the exact cause of a non-inherited genetic variant? Scientists believe that unique external factors in a person’s life can contribute to these sorts of gene alterations. For example, environmental influences such as ultraviolet radiation stemming from the sun, or an irregular sequencing mutation occurring when an egg and sperm come together to fertilize. Nonetheless, there are countless benefits arising from the focused study of gene alterations.

The various benefits stemming from the research of Gene Alterations

Understanding gene alterations has many benefits as it pertains to an individual’s health as well as wellbeing. Simply put, in the transient sense the genetic makeup that an individual inherits via inherited and non-inherited variants can help medical researchers to understand what diseases this individual may be predisposed to from the outset of their life. Some people may be genetically predisposed to certain diseases due to their genetic makeup, yet go through life and never get the illness while others of similar gene alteration do.

The research of gene alterations has enabled scientists to identify specific genes associated with certain diseases. For example, variants such as the BRCA1 and BRCA2 are known to greatly increase the likelihood of getting breast and ovarian cancer. It is important to note that a person’s genetic makeup cannot be altered, nonetheless lifestyle adjustments for example may reduce the risk of illness in people with particular genetic predispositions.

Utilization of alternative models such as zebrafish

Gene alterations can also be produced in the laboratory. Some point mutations might include those randomly generated by chemical exposure to agents like N-ethyl-N-nitrosourea (ENU). Other directed mutations are recreated to study disease models. Some techniques used for this purpose include CRISPR, Zing fingers, and Tol2 gene editing technologies.

Zebrafish have proven to be a remarkable and indispensable resource in the study and advancement of gene alterations. The genetic composition of zebrafish is uniquely similar to that of a human being. In fact, zebrafish share approximately seventy percent of genes with human beings, but more importantly, eighty-four percent of genes known to be related to certain human diseases actually have a zebrafish counterpart. Zebrafish have tissues and major organs similar to human beings as well. At Biobide we take advantage of this practical animal model to carry out genetic alteration studies with a rational that contributes to advance science in a faster and more efficient manner.

Therefore, zebrafish provide an excellent and one-of-a-kind research resource as it pertains to the study and progression of gene alterations.