When you take a medicine or have a vaccine you assume it is safe and will not harm you. To support this all new drugs that have been approved for commercialization must undergo rigorous testing, first in vitro or in vivo in animals (pre-clinical trials) or alternative models and then in humans (clinical trials).

Batch testing is carried out in approved laboratories to check that a batch of medicines has the required ingredients, is safe, and is consistent with the original composition that has been approved for production and commercialization. Every dose must be checked and this must be carried out in compliance with the relevant regulations to ensure a drug is safe before it is administered to humans. 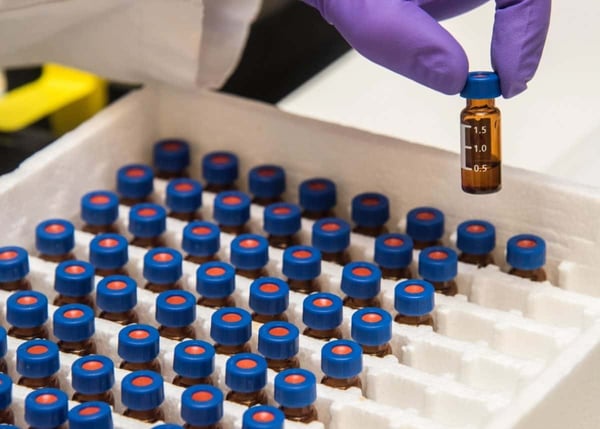 Why batch testing is needed

Some medicines especially vaccines and those made from human blood that comes from living cells have to be screened further to ensure they a safe and have not undergone any changes since their original conception. This is different from a compound such as a small molecule in an oral format, such as tablets, that stays in its original form.

Batch testing checks the potency of a drug in each manufactured batch to see whether it will be effective, but also that each batch will not harm the subject, as a quality control. We must understand how the human immune system will react to a drug and whether there will be any adverse responses before it is given to people. It has to be tested the response of the drug to certain chemicals to establish its safety. These studies vary in length depending on the intended use of the drug. For example, a medication planned for short-term use may only be toxicity tested for two weeks, while a drug meant for chronic treatment could be tested for at least six months.

When does batch testing take place?

Before a drug can be approved for use in humans it has to undergo strict efficacy and toxicity screening. Batch testing is the quality control procedure, more important even for a specific group of drug candidates, especially vaccines before they can be authorized for clinical trials in humans.

Every batch should contain the same components and follow a quality assurance checklist. The batch cannot be released until it is approved by an authorized quality person, known as the qualified person. This person checks that the batch meets the EU or other regulatory requirements in a particular country (ex. the FDA in the USA) where it will be commercialized and that it is fit for use in humans. This is a highly qualified and responsible role that is usually carried out by an independent consultant or laboratory, rather than someone employed by the manufacturer.

What does batch testing involve?

Tests are different depending on the type of drug and how it has been manufactured. The laboratory will check:

Once the qualified person approves a batch that meets the minimum standards, they will issue a certificate stating that it is safe for use in humans.

The batches are individually numbered and every step of the testing process is recorded to ensure the correct procedure is followed.

Some manufacturers have more detailed batch testing tolerance levels than those stated in the guidelines. This builds confidence in consumer use and ensures the ultimate safety procedures are followed.

If a problem is uncovered during the testing process, depending on its severity, the manufacturer has usually a month to solve it. A new batch will then be submitted for retesting.

Good lines of communication between the laboratory and the manufacturer are essential to ensure any problem is addressed immediately. By the time a drug gets to this stage, millions of drugs will have been analyzed, so time is of the essence. However, this does not mean that any corners should be cut as human safety is the priority in the batch testing process.

A point of note is that since the UK’s exit from the European Union, it now has regulations on batches accepted from third countries, although they still use the EU guidelines as a basis.