Polyester Toxicity Study: How to Test for Toxicities

Exposure to certain chemicals and harmful substances, such as polyester or metals in textile products can cause a genetic change in cells which can lead to disease. It is therefore important to understand how and why these changes take place and study how to detect them, for example in a polyester toxicity study. 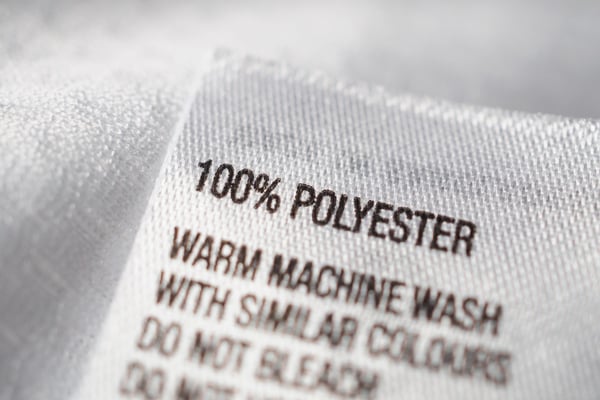 What is genetic alteration?

Genetic alterations occur when the make up of an organism or cell changes due to external factors. This article deals with the effect toxicities have on genes and how this can cause illness and disease.

Every healthy human has 23 pairs of chromosomes and 46 single chromosomes. The chromosomes within cells can divide as a result of the effects of harmful chemicals. If the structure of a chromosome alters disease can occur.

An example of a harmful chemical is polyester, which is known to be carcinogenic (cancer causing). Therefore, using a polyester toxicity study involving genetic alterations to research the harmful effects of this substance is essential.

This is why some diseases are hereditary – because any of the parents may have been exposed to a chemical that has altered their genetic makeup and passed it on to the child through the sperm or egg. Common hereditary diseases produced by germinal genetic toxicity are cystic fibrosis and some cancers.

What are the different forms of genetic alteration?

The generic term for genetic alteration is gene editing, which covers all forms of gene expression. Within this is gene silencing, which reduces a gene’s expression, rather than completely eliminating it. This allows for more potential testing as the silencing of the gene can be reversed.

There are 5 main forms of gene alteration used to study how an illness behaves or a virus mutates in the human body:

These are all forms of genetic engineering that amend genes and their behaviour for the purposes of research.

Why is genetic alteration important to test toxicity?

An article published by the National Library of Medicine states that more than 24% of diseases are caused by environmental pollutants and more than 13 million deaths occur in the world every year due to this. Similarly, discovering a cure for diseases such as cancer or Alzheimer’s is a long way off. The death figure is astounding considering we live in a world that is full of rapidly developing technology, yet people are still dying from common diseases.

Another issue is the toxicity of certain fabrics, such as polyester – a man-made material. In addition to being carcinogenic, polyester can irritate the skin, the airways and affect the immune system. Using genetic alteration assays to test the effects of exposure to this toxic substance is essential for a polyester toxicity study to understand the dramatic effect it can have on human health.

A benefit of using genetic alteration techniques is that pharmaceutical research is expensive, and it can take years to develop a new drug. Often during this process, the research is abandoned (which is known as drug failure). This can be due to:

Therefore, if there is a cost-efficient and timely way to genetically modify genes for drug testing and improve the development process, this can only be of benefit to the pharmaceutical industry.

What are the genetic alteration methods?

A common and increasingly popular gene alternation model is the CRISPR-Cas9 system, which can be used with zebrafish. This method has been developed within Biobide to allow scientists to alter and study the function of zebrafish genes when altered. Zebrafish are the ideal candidate for this type of research due to the similarity of their genes to that of humans – zebrafish contain 71.4% of human genes.

Zebrafish is a cost-effective and rapid alternative model to animal testing, due to the large numbers of zebrafish that can be bred at one time. This allows providing effective methods for pre-screening of compounds so that the big textile corporations can assess the toxicity of these materials before entering the market.

Genetic modifications using zebrafish will continue to make a valuable contribution to the treatment and cure of human diseases and hold much potential for success in pharmaceutical research. Without genetic testing, we are unable to understand how chemicals and compounds, such as polyester can affect the human body.