Before a drug obtains market approval, it must go through a series of pre-clinical and clinical studies which ensure that the compound is safe and effective. These studies consist of several sequential steps that fall under the denomination of Drug Discovery and Development processes. At the very beginning of the Drug Discovery process, the aim is to sort out the main candidates to take forward out of many chemical compounds found in large libraries. These candidates, called at this stage leads, will undergo a Lead Optimization process to eventually proceed through the Drug Development path. The Lead Optimization stage is critical to secure a solid candidate during Drug Development.

In this article we’ll give a  general overview of the Drug Discovery and Development process and explain the last phase, Lead Optimization. 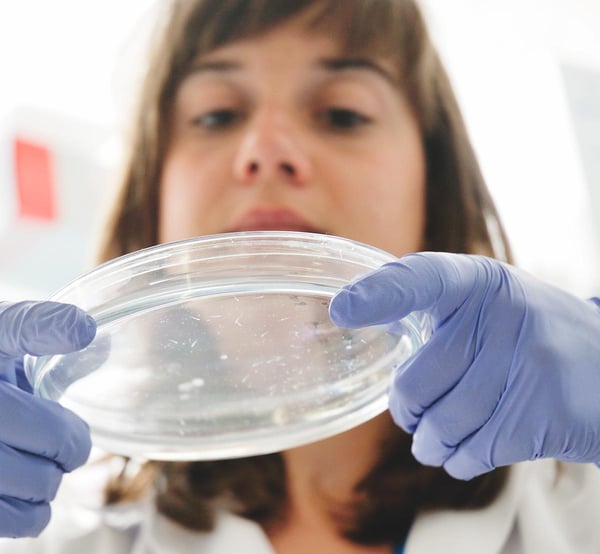 There are many different steps in the Drug Discovery process. The main purpose of this practice is to confidently select strong candidates by reducing the large initial number of compounds as we move down the ladder. There are a few different ways these candidates can be reduced:

Identifying and validating the new drug’s target can be considered the kickoff in the Drug Discovery process. This target is normally a biological molecule that may involve a protein, DNA or RNA. Different information can be drawn at this stage including the target accessibility to the drug of interest, its potential side effects or the drug binding relationship with the target. The target validation assays can be performed both in vitro and in vivo.

This is the next step after Target Validation. Molecules that comply with the desired activity and can potentially interact with the drug target are called “hits”. The identification of these molecules is carried out during High Throughput Screening (HTS) processes. During these studies, important properties such as potency or selectivity of the new drugs are provided as the basis for moving forward to the next level in the Drug Discovery path. 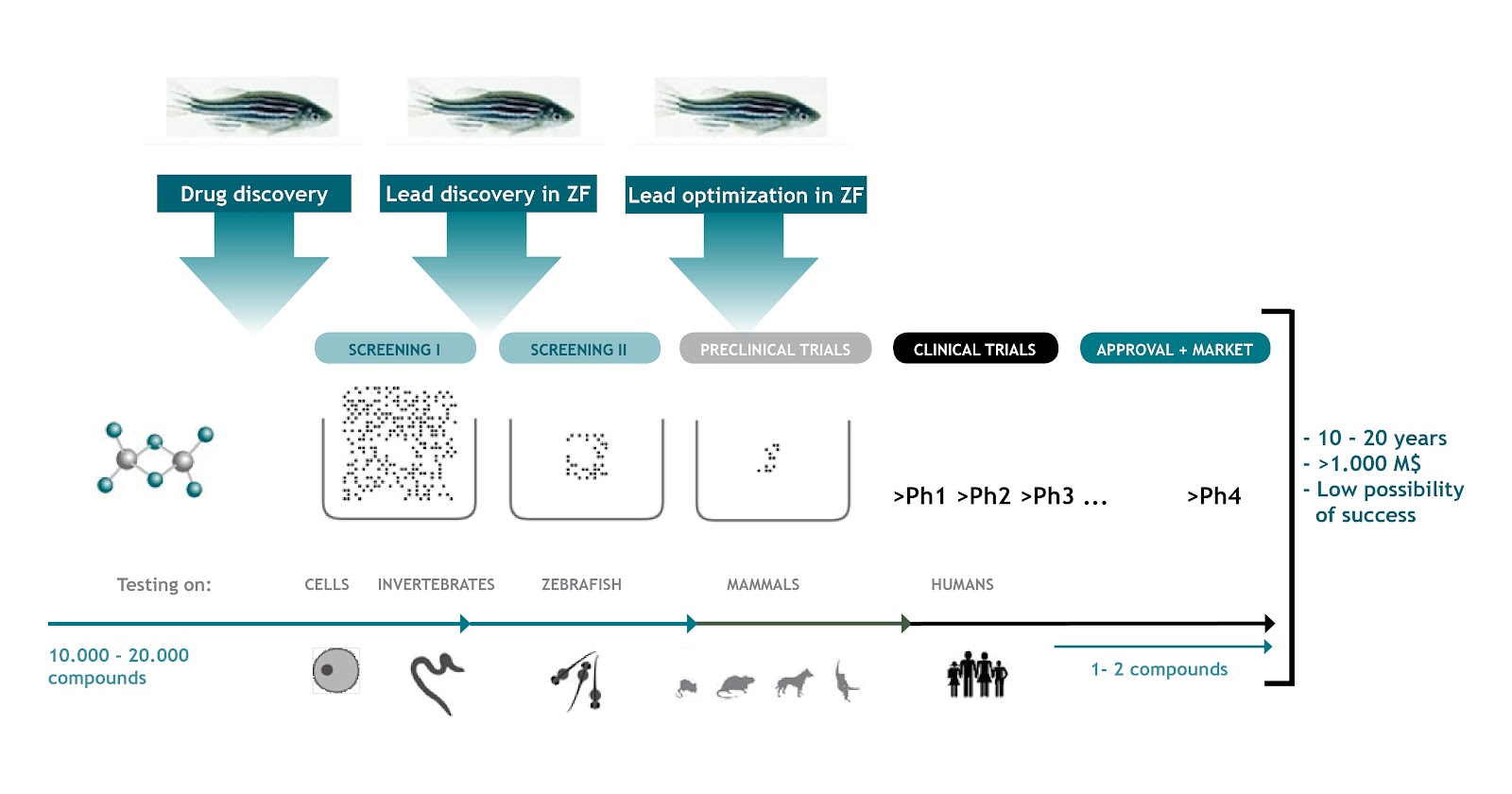 What is Lead Optimization?

Once a lead compound has been identified from the previous steps, several events take place during the Lead Optimization process, including refined synthesis and characterization of the promising compound and the study of its different properties. By slightly modifying the chemical structure of the molecules, potential future adverse events may be minimized.  Among these properties, it is important to study the selectivity and specificity of the molecule to the target of choice and to evaluate its binding properties.

Identification and quantification of drug metabolites is an important part of the Lead Optimization process. This can also contribute to show potential toxic effects in subsequent clinical trials. Potential safety concerns about some lead compounds can be addressed at this stage by modifying or reducing deficiencies in its structure. Other properties that are favorable are meant to be maintained during this phase. Some advanced tools to study the metabolites found inside the tissues include mass spectrometry (MALDI) and nuclear magnetic resonance (NMR) fragment-based screening (FBS) tools. These modern automated screening systems are often employed by pharmaceutical companies during these Drug Discovery processes. At the end of the Lead Optimization phase, important key points during the development of a new drug are investigated. Among these key points, the efficacy, potency, toxicity, stability, bioavailability and route of optimization of the chemical compounds or biologics are accurately characterized before entering into Clinical Trials.

Lead Optimization may include in vitro and in vivo studies that might shed light to metabolic processes using pharmacokinetic and pharmacodynamic approaches. One problem associated with cell-based and biochemical screens is that some important effects that have to do with toxicity or in vivo drug effects may be missing. An in vivo model can show up the modulation of a cell niche by a particular drug, rather than the target cell-type directly.

Zebrafish screening is a straightforward and cost-effective alternative animal model that takes into account all these considerations at the same time, providing a better forecast for the selected drugs. Due to the high genetic homology of zebrafish with humans and other properties such as easy handling, small size and transparency of the larvae, it is a very suitable model for developing Phenotypic Screening in a High Content Screening (HCS) format. This model has already been successfully used for identifying previously unappreciated effects of pharmaceuticals with known targets on sleep/wake behavior, indicating the utility of this system in preclinical screening.

Finally, this model is cost effective because the reduced amount of synthetized compound needed for screening is very much aligned with the significative statistical analyses given by the throughput of many larvae used. 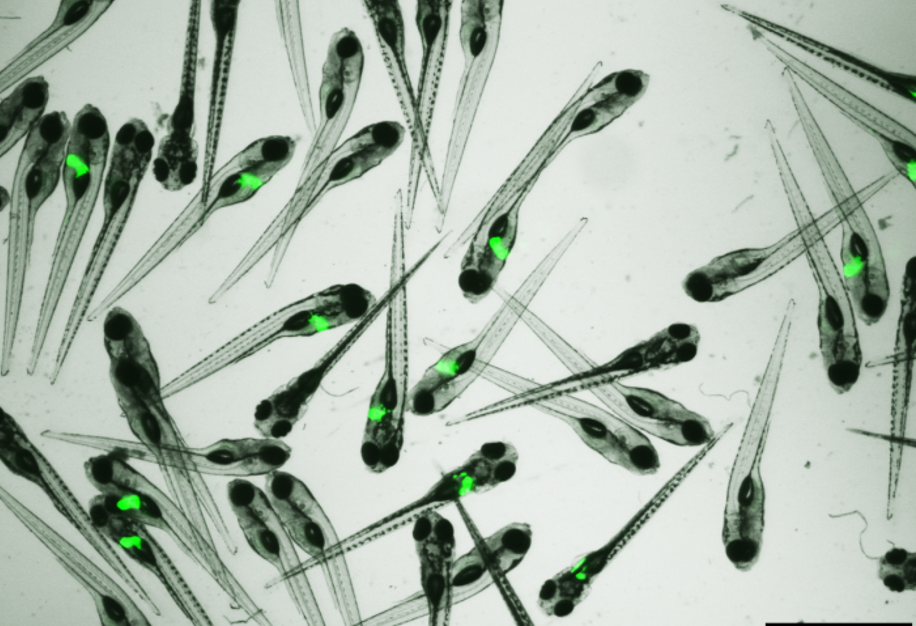 Due to all these reasons, this animal model is becoming a very useful tool during Lead Optimization because it addresses potential future safety concerns as well as drug interactions with biological pathways. This is why zebrafish provide an invaluable platform for novel therapeutic discovery.